Most repair techs breeze through their repair jobs but every now and again, even the best techs get stumped. We’ve compiled our list of the top five issues that arise with clamp installation.

Many molded hoses have a special channel for the hose clamp. These channels are typically found on air intake systems in cars, trucks and many powersports applications. We know that often times the OE clamp may break or become unusable after it is removed, especially if it has been on the vehicle for a long time. Using a clamp that is too wide for the channel will not only crush the beads on the outside of the channel, it will result in a poor seal. In an automotive situation, this air leak can cause a ‘check engine’ light to come on. In a two-stroke powersports application, it will cause a lean condition that could result in an engine failure. 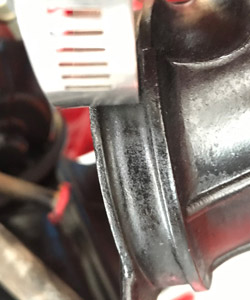 2. Installing a new clamp on a used hose

A hose that has been previously clamped will have a witness mark or groove on it from the original clamp. When you install a new clamp on a used hose, it will not compress the hose properly due to indentations on the hose from the original clamp. This usually results in a leak because the hose is not properly compressed. Always replace rubber hoses and clamps together for the best job and to reduce the potential of a comeback. 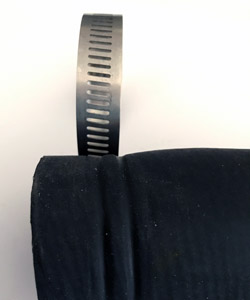 We see this most often with fuel line clamp replacement. Fuel line clamps are what we call “lined clamps”. They differ from WDHCs (Worm Drive Hose Clamps) because the interior is lined to protect the hose from the perforations in a WDHC. 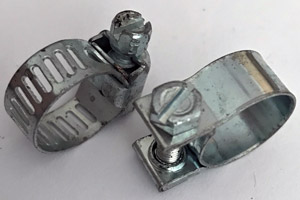 4. Replacing a constant tension hose clamp with a WDHC

Constant tension hose clamps come in many varieties with one thing in common: they are designed to keep constant pressure on the hose in temperature extremes. Replacing a CTHC with a plain WDHC is just asking for a leak or breakdown. 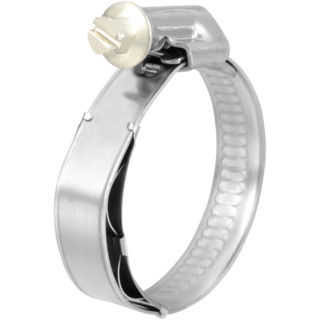 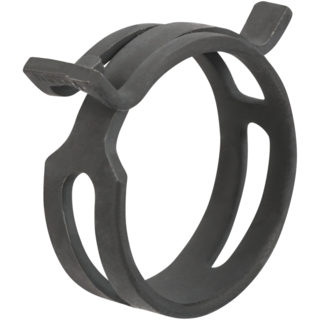 Any place is good as long as it doesn’t leak, correct? Not so. Rubber hoses that fit onto a connection with a bead require the clamp to be in the right place. The clamp should be right up against the bead on the connection, however not on it. If it is placed farther back, it creates a small crevice behind the bead. The chemicals in the coolant will deposit in this crevice and begin to corrode the metal connection. They will actually erode metal and the next time a hose is replaced, it will not seal due to corrosion forming or “crevice attack.” 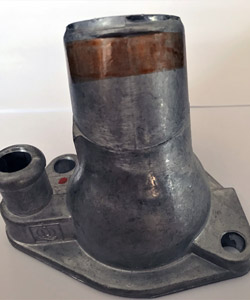 Crushed Beads on Outside of Channel